As a Post Graduate Broadcast Journalist Carlton’s Television career began with the BBC as a News and Sports Reporter. Following a two year broadcasting secondment with the United Nations in the South Pacific he joined ITV as TVam’s overnight Sports Producer and Reporter. In the early 1990’s he became a freelance commentator.

One of the most adaptable voices on British Television, as can be seen from his working synopsis, Carlton’s range is wide. As well as sports commentary his voiceover work includes corporate videos and feature films as well as radio and television advertising. 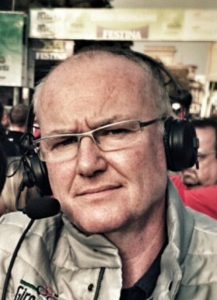